With Indonesia reopened to foreign tourists, Komodo liveaboards are back on the water and exploring the scores of dive sites located in the waters of the Komodo National Park. 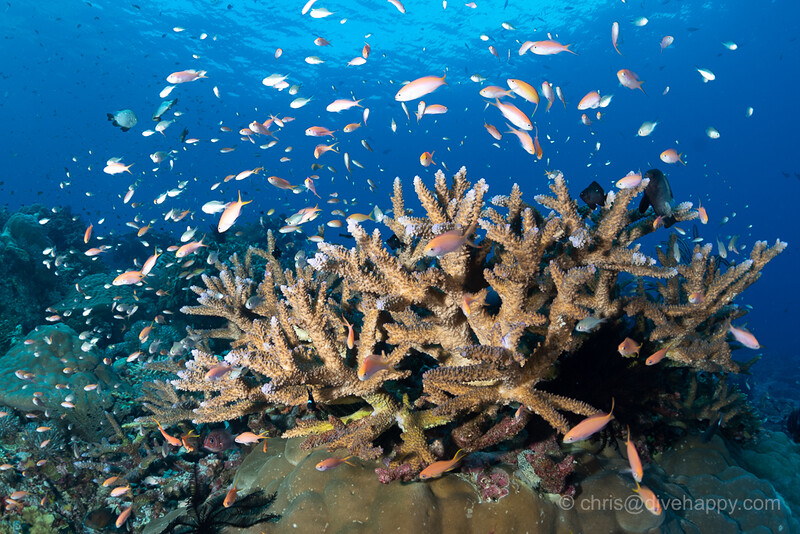 Finally able to return to Indonesia once the country’s borders reopened, I joined a Komodo liveaboard in August 2022, the first time I’ve been back to Komodo since 2013. I was also back on a familiar boat, the Damai 2 liveaboard, and the route was the classic North to South itinerary, departing from Bima and ending in Labuan Bajo. 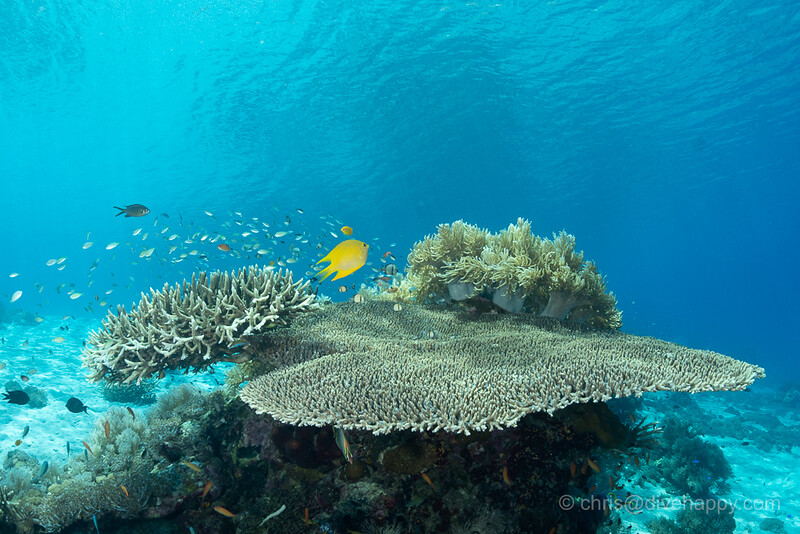 The Komodo National Park is big. It doesn’t just cover the islands themselves but the water that surrounds them. Doing a seven day liveaboard that passes through the Park lets you appreciate the sheer scale and diversity of Komodo. Each day is a different environment, both above and below the water. 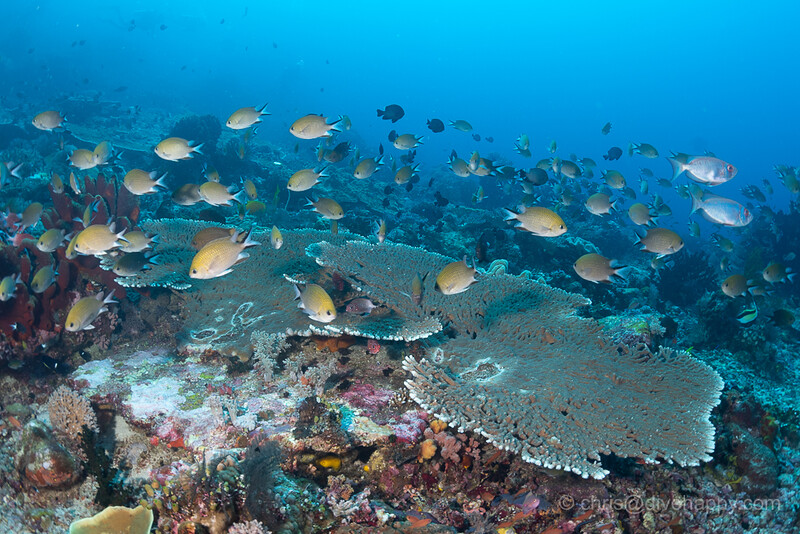 It was great to see a lot of the same Damai crew as I’d met on trips before the pandemic, and in general, it was simply a relief that Everything Was Still There – the crew, the boat, the islands, and of course the reefs and the marine life. 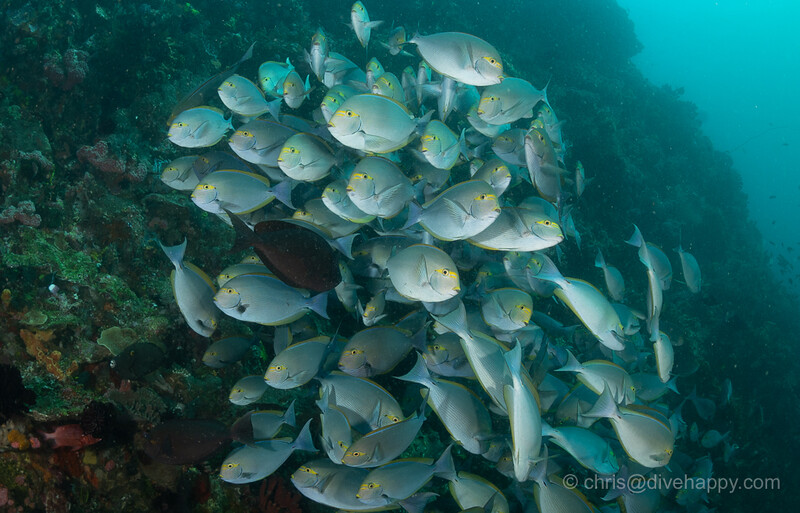 That said, the sheer abundance of fish in the water seemed to have dropped off a lot from what I remembered from previous trips (over a decade ago so hazy already). I may have simply been unlucky with my timing – it certainly wouldn’t put me off going back to Komodo again, (it’s not like it was devoid of life), but how quiet the waters were was quite a surprise. 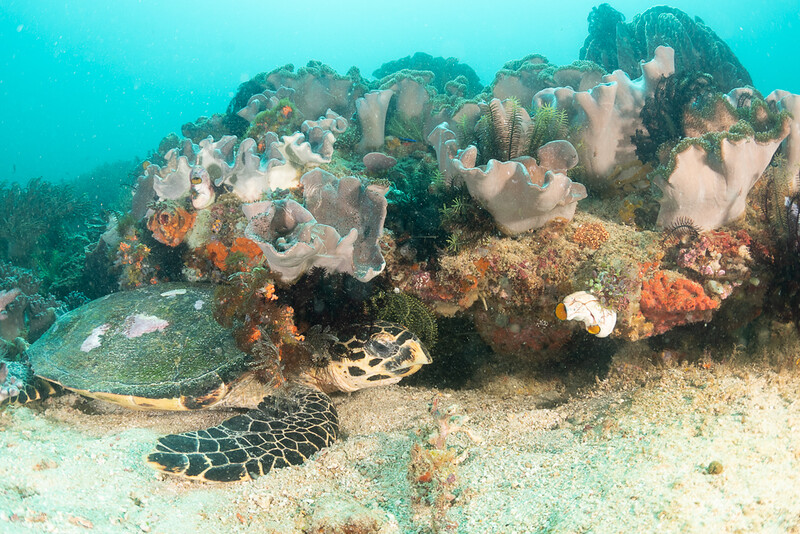 We started off at Sangeang, a still active volcano located north west of the Komodo National Park. Sangeang is famous for dive sites like Bubble Reef, where air bubbles from the volcano constantly stream up through the black sand, and Hot Rocks, where the water is literally heated up by the volcano’s power. 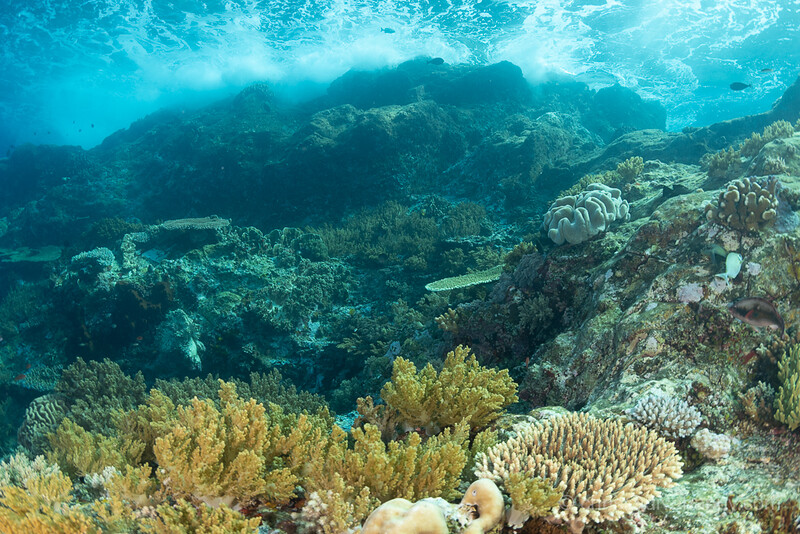 The following two days were spent in the heart of the Komodo National Park around Gili Lawa, just north of Komodo island itself. There was some fantastic coral and water conditions at 10 Foot Reef, the sea utterly calm and the reef shallows a sun drenched, white sand dazzle. 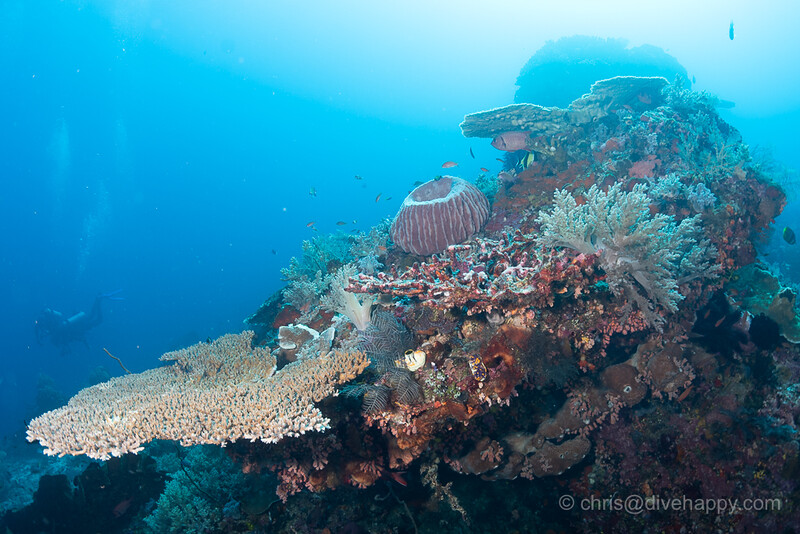 While we didn’t encounter other divers on most of the dive sites of this trip, the iconic Komodo dive sites of Castle Rock and Crystal Rock were already busy. Day boats come out to these sites so it’s hard to get them to yourself, but it was still much quieter than before the pandemic. Castle Rock was a bit of a disappointment to be honest – while there were a few sharks around, it was in general very quiet compared to my memories of the huge schools of fish present on previous occasions. As ever with diving, it’s the luck of the draw. 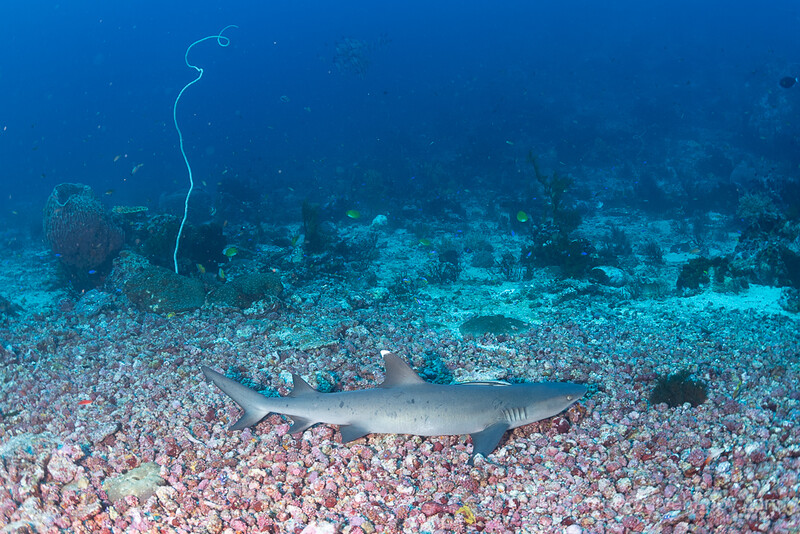 Crystal Rock however delivered, both with great viz, a white tip shark that didn’t immediately do a runner when I approached for a photo, and some lovely reef. 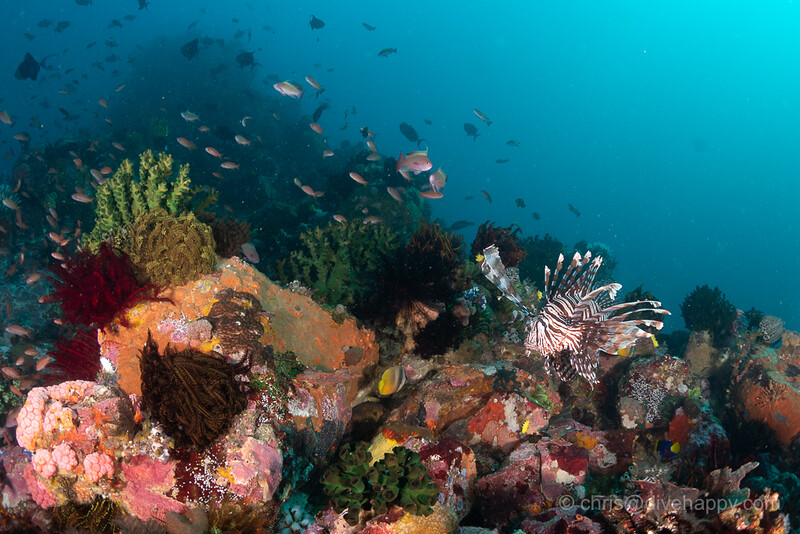 After an excellent couple of morning dives at 3 Sisters and Secret Garden, we headed to Horseshoe Bay at the south end of Rinca island. This is one of the must-dos for any Komodo liveaboard, not only because it has several of Komodo’s most-renown dive sites – Cannibal Rock, Yellow Wall and Torpedo Alley – but also because it’s where you can see Komodo Dragons roaming the beach. 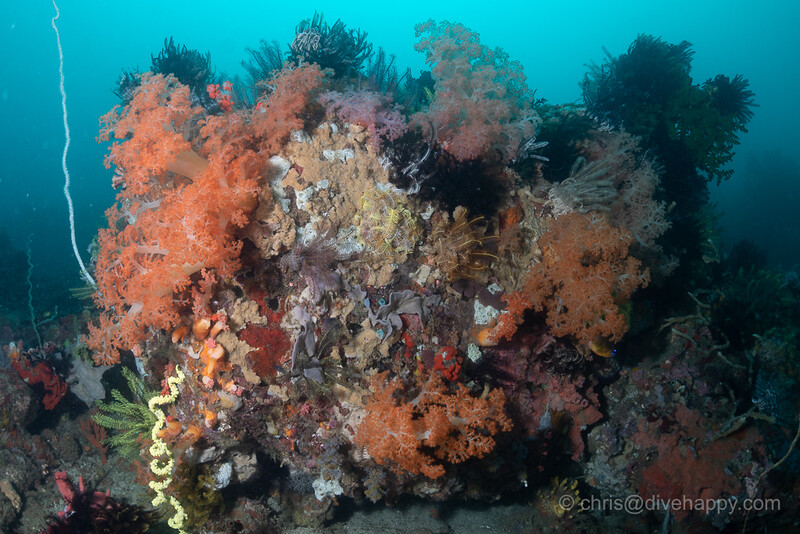 Like Castle Rock, Cannibal Rock was quiet – in fact, with the colder water and the grey gloom under the surface, it was eerily quiet. There was a giant frogfish and still the explosion of colour from the reef, but still, there was not much action. 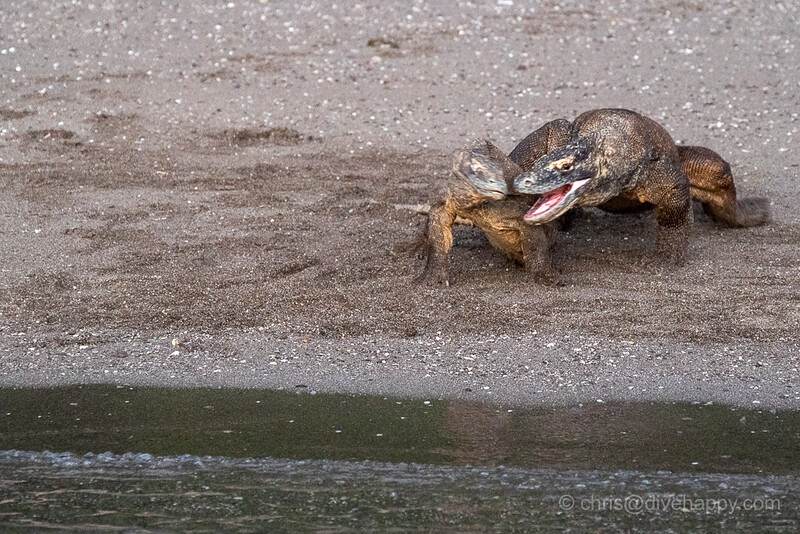 On the beach, however, there were not one but two Komodo dragons and they were not slow at coming to the water’s edge to check out our dinghy. We stayed at a safe distance to take some photos as the sun started to fade over the bay. 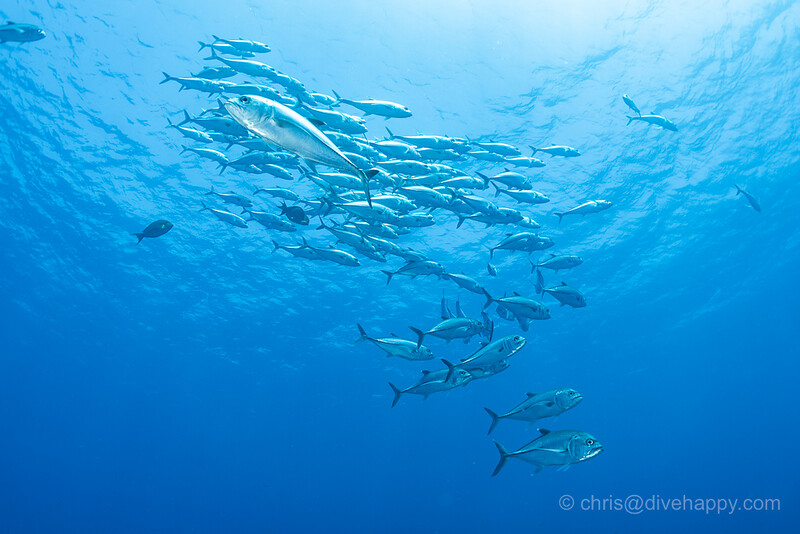 There had been various weather advisories happening over the last couple of days and we left Horseshoe Bay directly after the night dive at Torpedo Alley to head to Padar island. 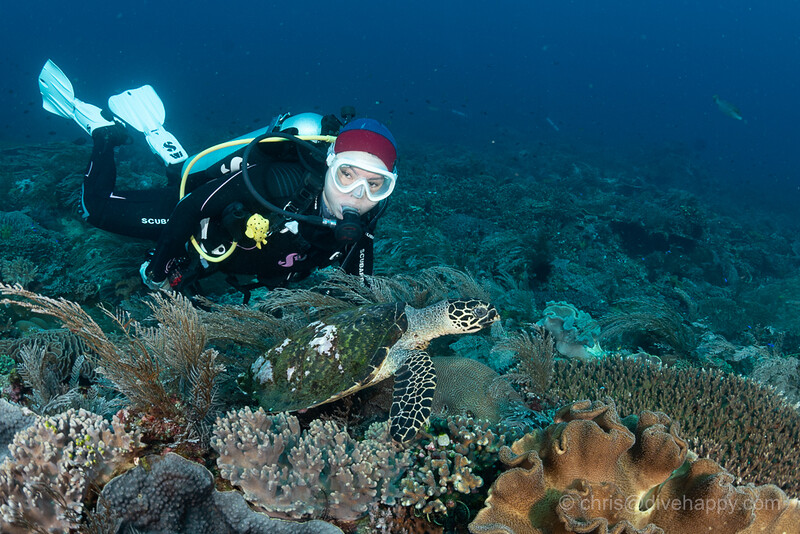 After getting a glimpse of a manta at Manta Point, and playing with the school of jacks in the channel at Tatawa Kecil, Pengah was a pleasant afternoon dive over a huge bed of coral, complete with a couple of turtles unphased by divers. 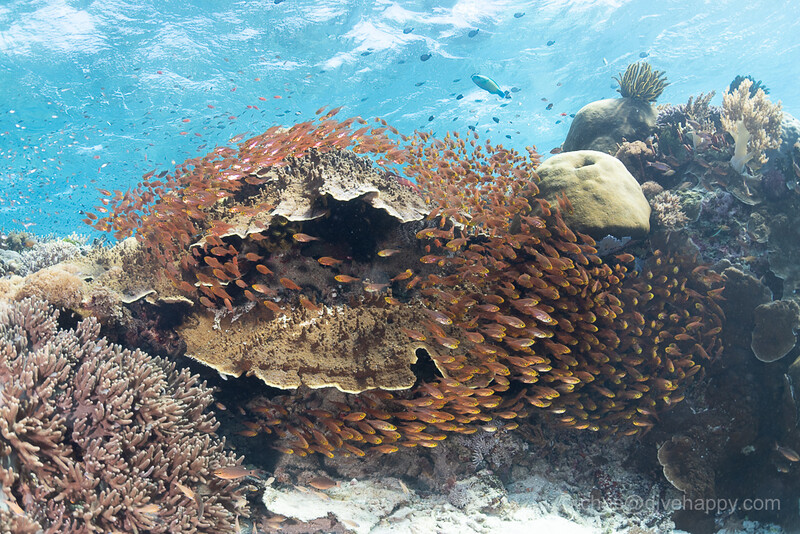 The final two dives of the trip were two of the best. The shallows of Tatawa Besar and Mewan were both spectacular, golden glassfish moving in synchronicity around the reef under an azure canopy above and a white sand carpet below. A huge contrast to the gloom of Cannibal Rock a couple of days previous. 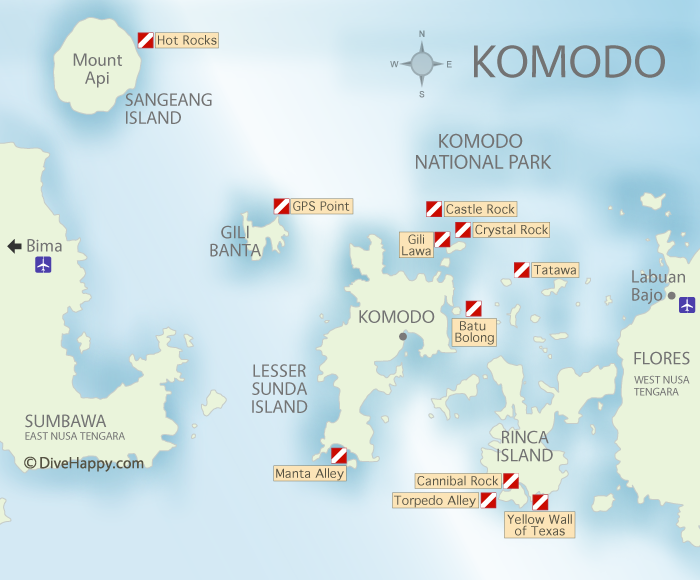 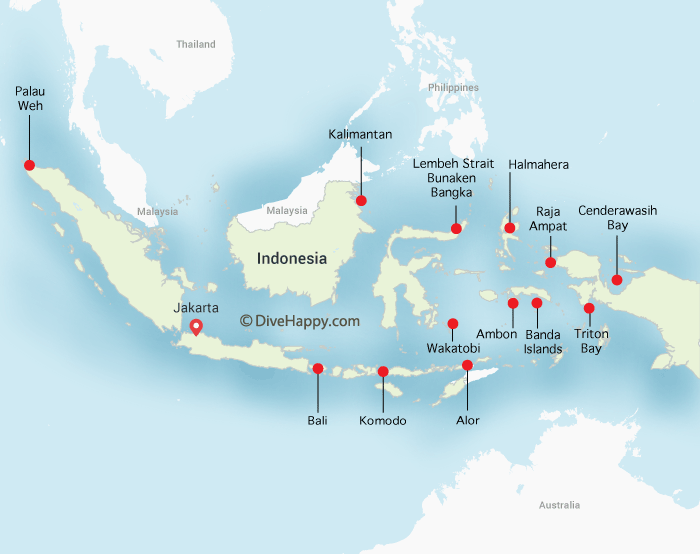