HTMS Chang is Thailand’s biggest shipwreck, and it’s now an awesome sanctuary for marine life too. Coupled with Alabambra Rock, it makes for a great weekend’s diving 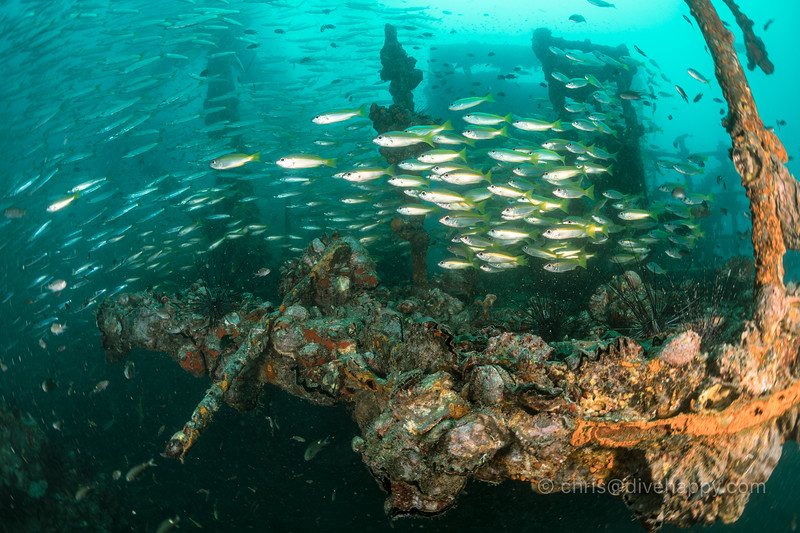 HTMS Chang was sunk off the Thai island of Koh Chang in the Gulf of Thailand back in 2012. A former American World War 2 tank landing ship, it was turned over to the Royal Thai Navy in 1962 and when it reached its end of service, it was cleaned up and then scuttled to create an artificial reef and new dive site for its namesake island. 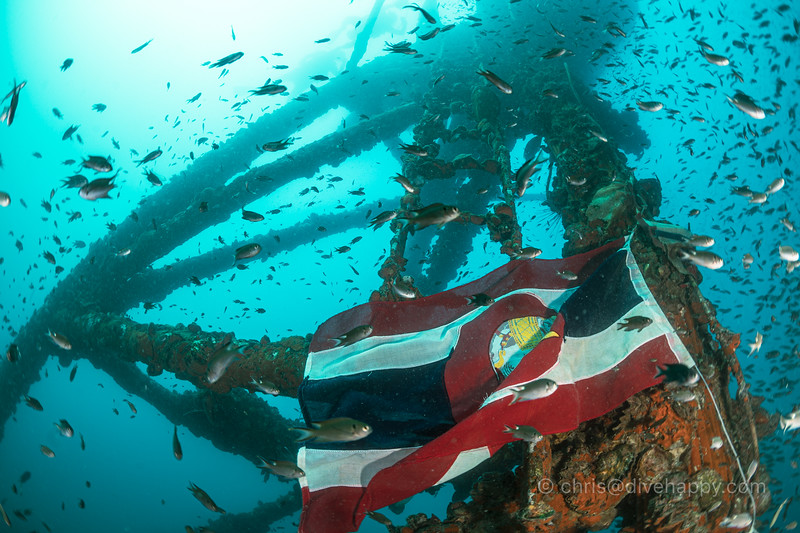 Flag on the mast of HTMS Chang, Thailand © Chris Mitchell

My friend Joe of BK Dive Crew had explained to me how good a dive the HTMS Chang wreck was in a podcast we did together, which had piqued my interest. Instead of making the journey from Bangkok to Koh Chang and diving the wreck from the island (it’s a half hour boat ride from Koh Chang – every dive shop goes there), we decided to get a liveaboard from Rayong which departs Friday night and is back Sunday afternoon – perfect for Bangkok weekend divers.

As we were diving in March 2021, Thailand had shut its borders due to Covid but domestic travel was still possible. While the liveaboard was full, we were the only boat on the wreck during our day of dives there. 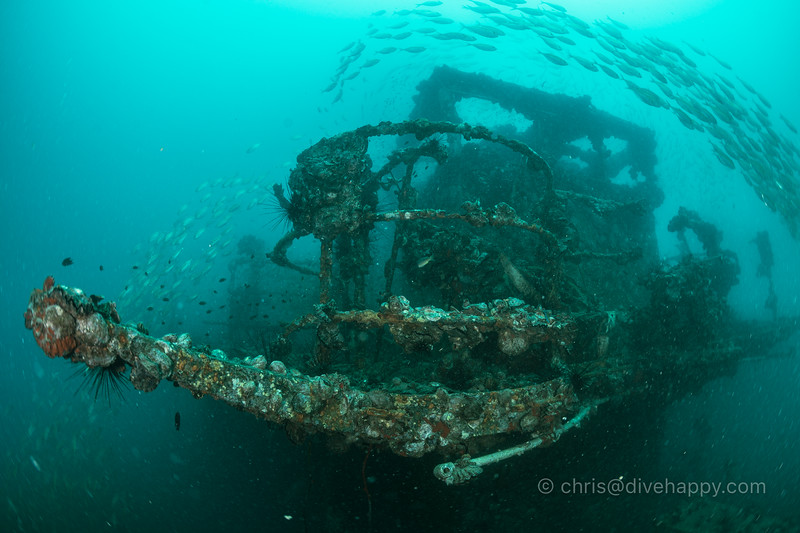 The HTMS Chang sits upright in the water and the descent is by the conning tower and wheelhouse, so you can see the ship appear into view as you drop further down. The viz wasn’t that great, about 5 metres, but it wasn’t awful either – as it often the case with the wrecks in Pattaya.

What’s immediately apparent as you pass the crow’s nest and bridge descend to the deck is the awesome dynamic swirl of hundreds of juvenile barracuda and yellow snapper schooling around the conning tower. They are so numerous it’s often hard to see the wreck anymore as you navigate around it. The wreck is now an important haven for marine life and also effectively a huge nursery, providing shelter for younger fish to mature. 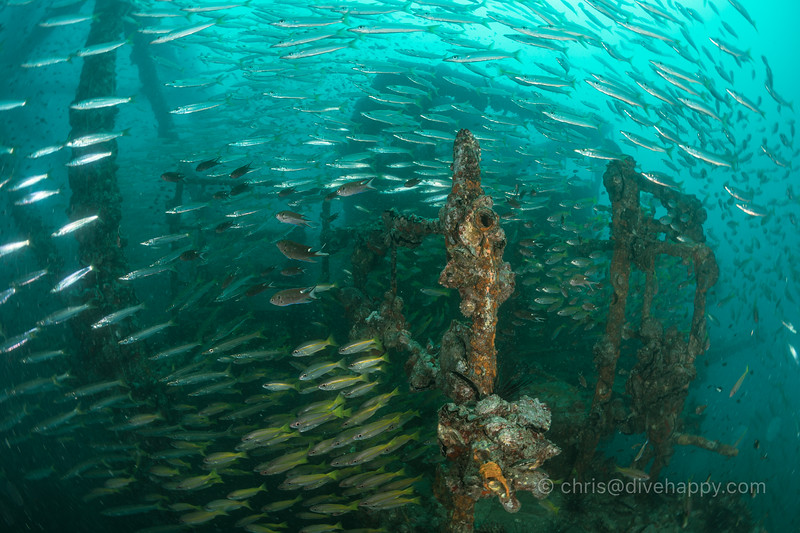 HTMS Chang is the biggest shipwreck in Thailand, and the deck is at around 23 metres, so to get all the way around it in one dive is probably not the best way to go, especially if the viz is poor. For me the best photo opportunities were around the central tower – which itself takes a while to navigate fully around – so we didn’t spend much time at the bow or the stern given the mediocre viz.

Even though it’s only been down for 9 years, the wreck is already encrusted with coral – and plenty of sea urchins. There is also quite a lot of macro life living in nooks and crannies of the wreck too. While the snapper provide the initial unmissable wow factor, all sorts of smaller life have been found here from frogfish to seahorses. Whale sharks have been known to show up at the wreck each season too. 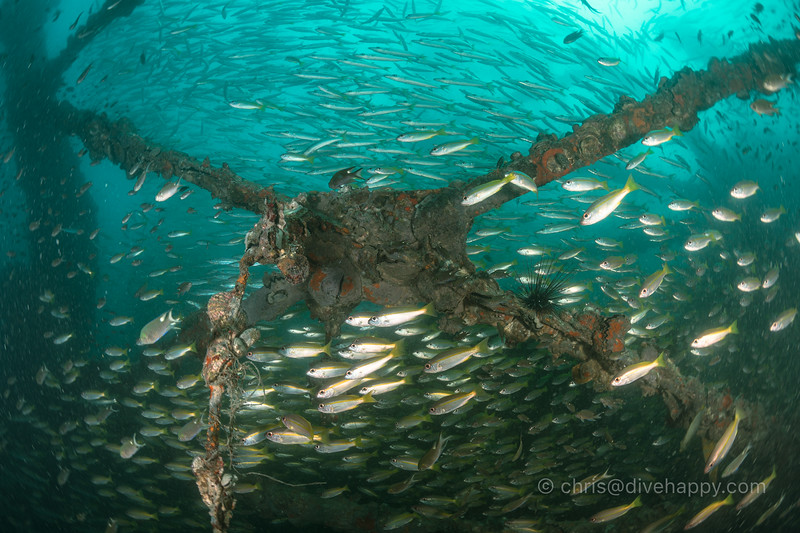 Penetration of the cargo holds at 28 metres is possible if you’ve the correct training – we left that alone. There’s no tanks still on board the ship, unfortunately.

The Chang is big enough to repay repeated dives and I wish we’d had another day to explore. Check Google Images and you’ll find lots of pix of the ship taken in better viz where its sheer size becomes apparent. 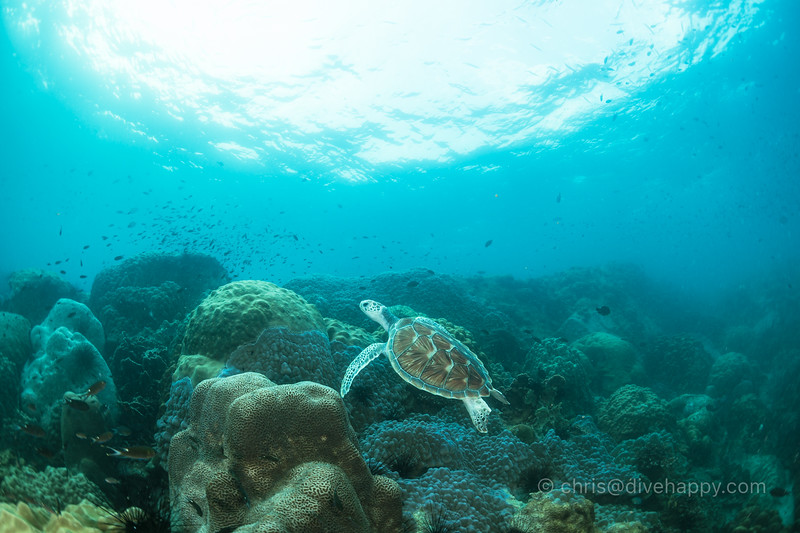 The following day we did two dives at Alhambra rock on the way back to Rayong. This is a large sea mount that is absolutely covered in hard corals and also acts as a magnet and protective zone for marine life. 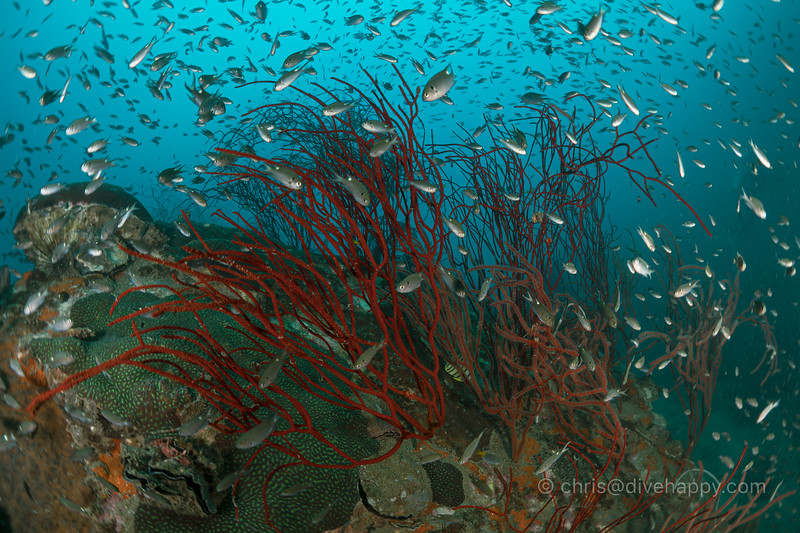 The viz wasn’t great but it was good enough to to see a turtle in the shallows and appreciate what good shape the coral was in. Search on YouTube and there’s video footage of big schools of fish hanging around Alahambra Rock and I’d imagine barracuda like it too. Whale sharks have also been seen here. 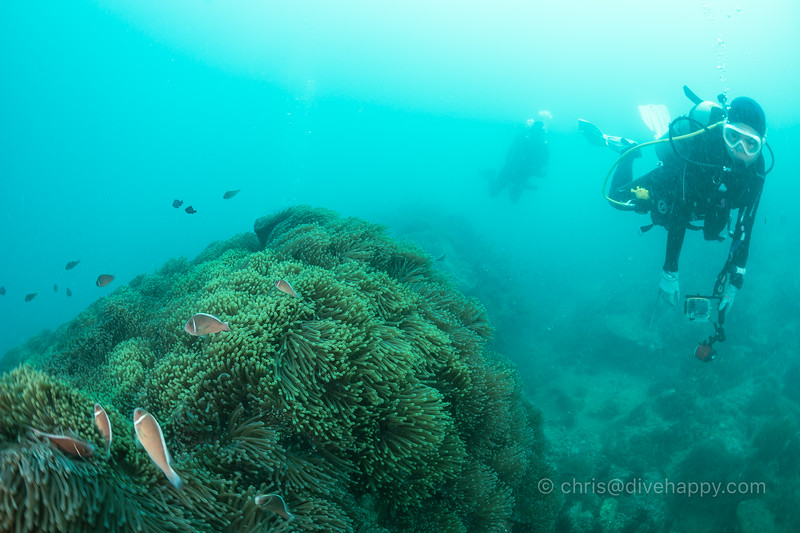 In all, it was an impressive weekend’s diving, and with the added bonus of being able to get to and from Bangkok within a weekend. Without the Liveabaord we wouldn’t have seen Alahambra Rock which was a great spot. Day trips run out to it from Rayong so it’s a relatively easy site to access. 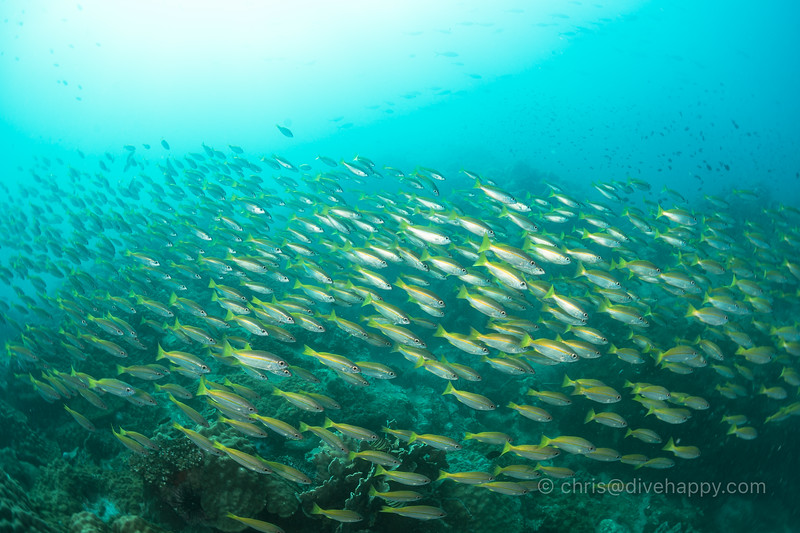