It’s one of Indonesia’s greatest underwater environments, but diving Triton Bay is still bubbling under as an essential dive destination. Here’s why it’s become one of places I want to go back to already. 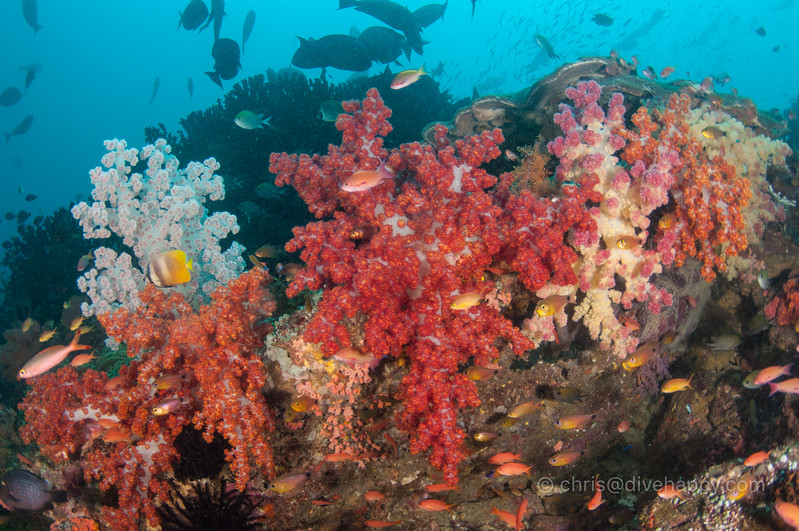 The first time I visited Triton Bay was back in 2008 on a Raja Ampat to Triton Bay liveaboard. My memories of it are hazy – I remember gigantic soft corals hanging from rocks in five metres of water, an eerie, milky top layer to the water and the general sense of the viz not being good. I think we only did a couple of days diving there and it was an exploratory taste rather than a Greatest Hits. 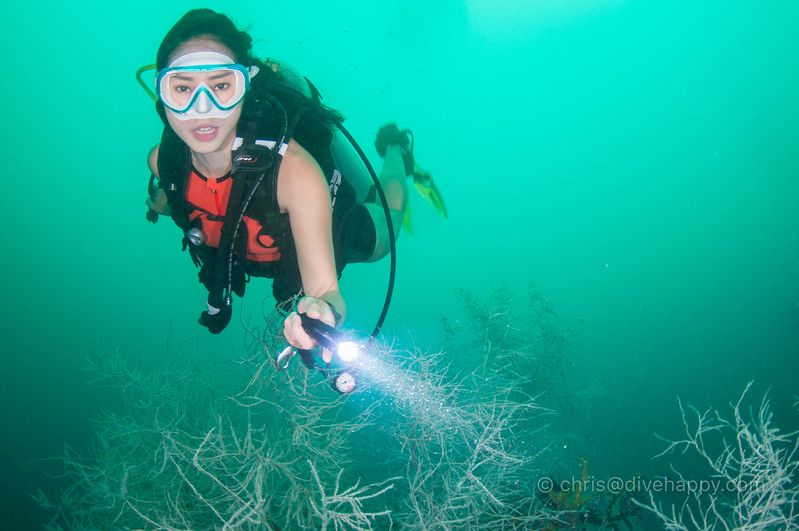 I repeated the same Raja Ampat to Triton Bay liveaboard trip in March 2017 and my experience of Triton Bay couldn’t have been more different.

We spent four days in Triton Bay as the end of a 10 day Raja to Triton liveaboard doing repeat dives on a handful of sites. We enjoyed some truly spectacular viz at Dramai and Little Komodo, an eerie feels-like-cold-water-but-its-warm green light at Batu Tiga and swirling currents and fishiness at Tim Rock and David’s Rock. 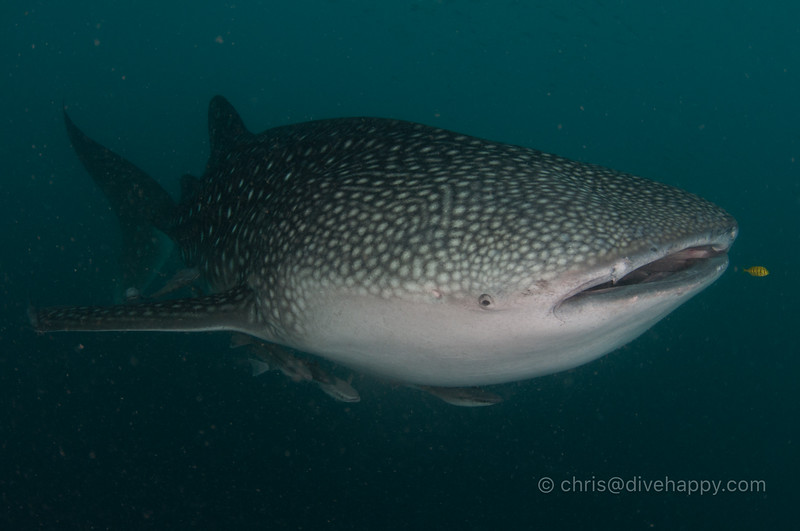 There was also the unexpected surprise of some spectacular Triton Bay whale shark encounters which I’ve written up separately. 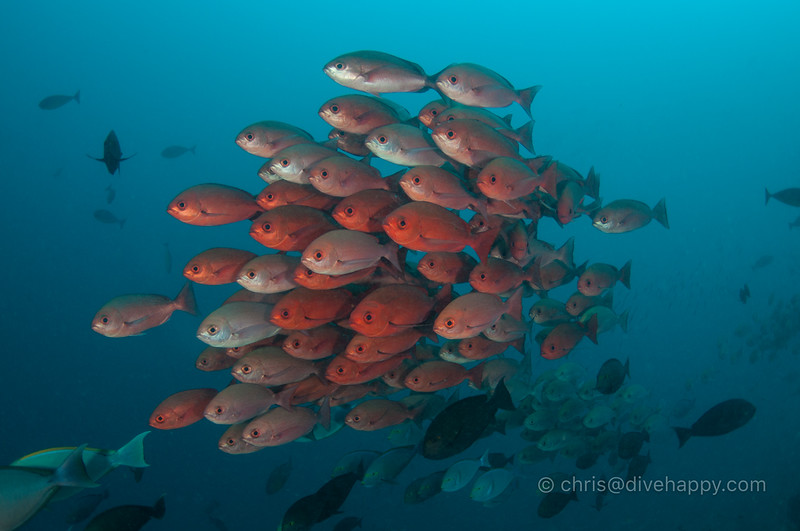 Dramai for me was a personal all-time favourite dive – an archway hollowed out of the rock opening onto a gentle slope of bommies absolutely covered in wildly photogenic soft corals with huge schools of big eyes, jacks and dories tooling in and out around the rock – every time I looked up there were fish silhouettes against the sun, but the career remained mild throughout the dive. It was like everything converged to make it perfect 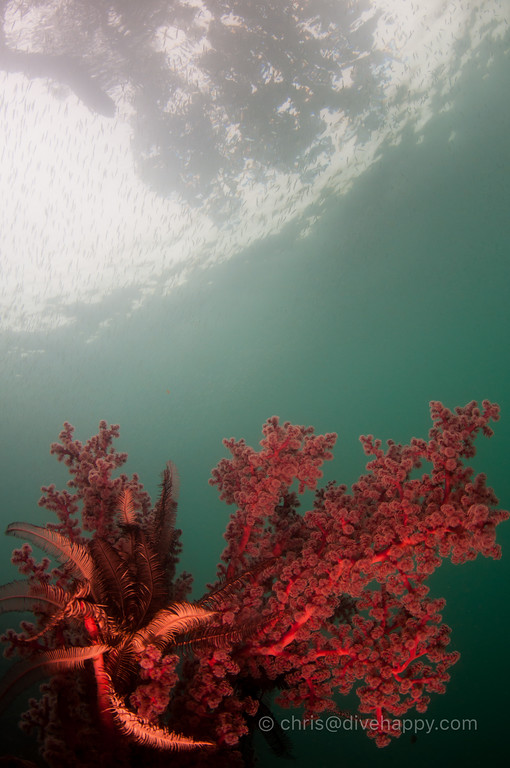 At Little Komodo I took everything back to a much smaller scale staying within about 10 square metres for the whole dive thanks to the low hanging tree directly above the dive site, which made for some wonderful abstract reflections above the coral. 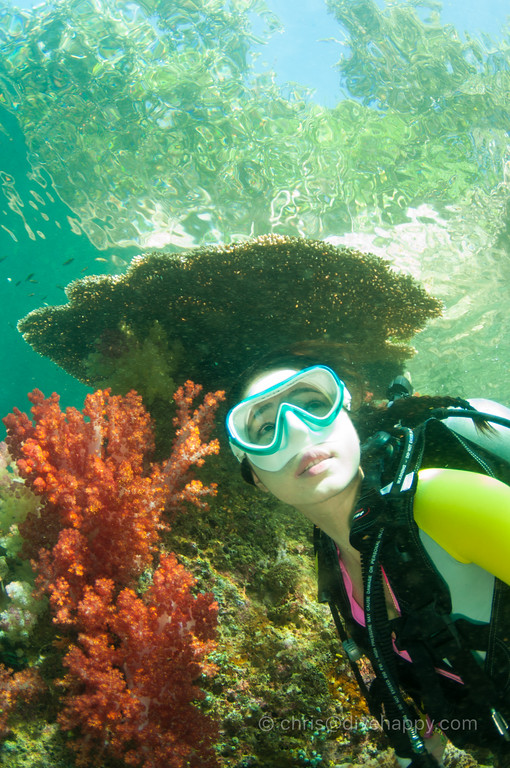 While our first dive here was murky, the second a couple of days later was glorious – sun streaming though the water and reflections of the coral on the ceiling of the water amongst the hollowed out canyons and crannies of the island in the 3 metres shallows. The abundant soft coral here is spectacular and there was the chance to shoot upwards to get the tree and sky above with the coral below – and a passing diver too

Little Komodo is actually quite a big site in a reverse L shape – usually you drop on the vertical stretch and drift down and push around the corner into the bottom stretch – but for photographers there’s plenty to keep them busy just in the final segment. 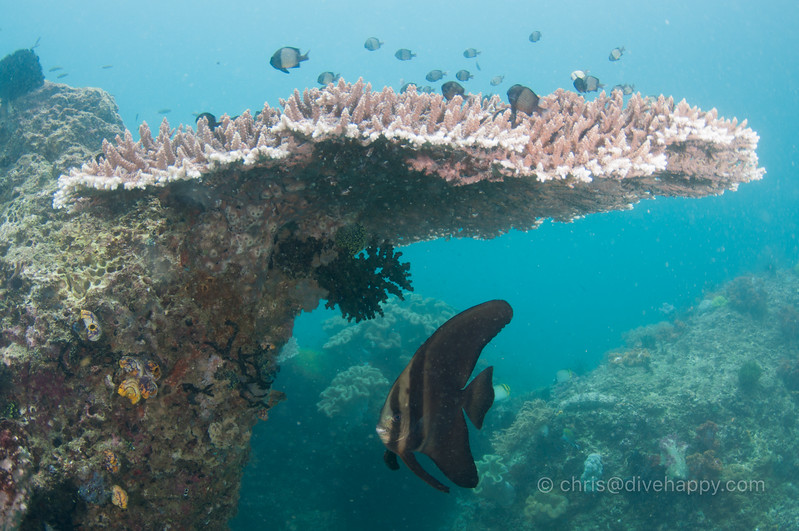 David’s Rock is a mushroom shaped rock with a hole punched through it while Tim Rock is similar minus the hole. Both sites are named after photographers – David Doubilet and, erm, Tim Rock. Tim Rock is particularly rich in black coral, while David’s Rock was crammed with hard and soft corals alike. 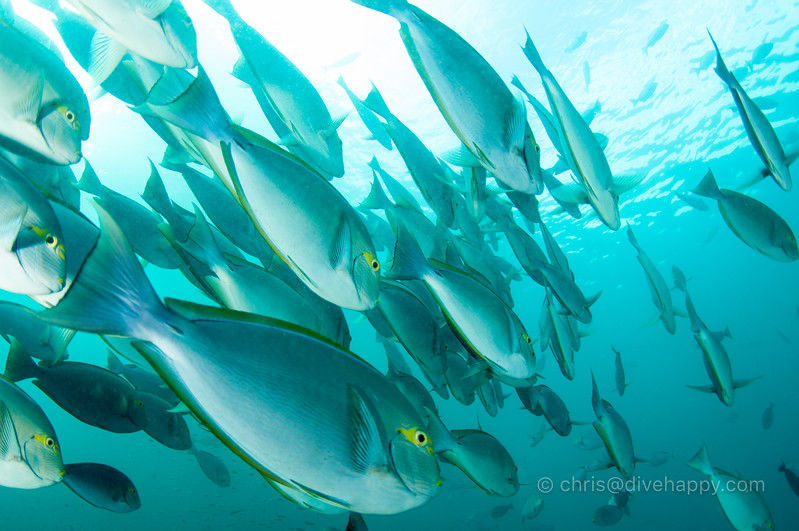 We spent 4 days diving in Triton Bay with a couple of repeat dives and it frankly didn’t seem long enough. Even a week would be pushing it, especially given the vagaries of the conditions and visibility here – the difference at Little Komodo between the two times we dived it was staggering. While I half-expected Triton Bay to be pea soup based on what I remembered and heard subsequently, I was blown away by the great viz when we got it and quickly adapted to the more murky dives – once on the reef, it’s still easy to see a lot of wonderful stuff. I’ll definitely be coming back again to Triton Bay.

Thanks to Jimmy Thai at Triton Bay Divers, the Damai 2 liveaboard crew and Hidy Yu for their help on this trip.