The USAT Liberty Shipwreck is Bali’s most famous dive site, and it still deserves its reputation as one of the world’s best wreck dives 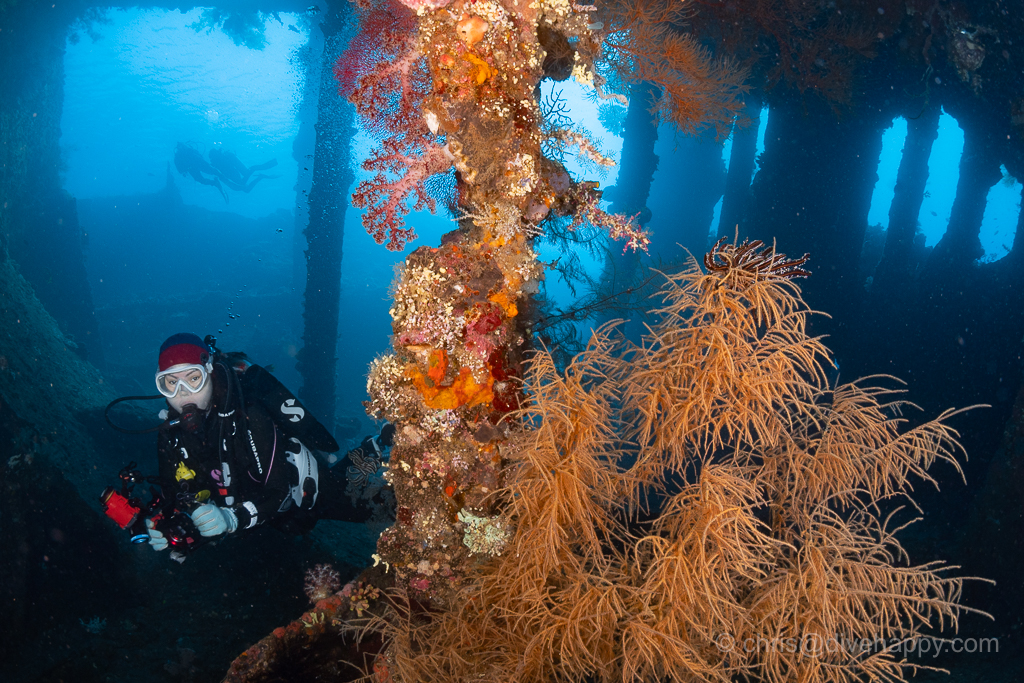 In the hold of the USAT Liberty shipwreck, Bali © chris@divehappy.com

In June 2022 I headed to Bali as Indonesia had finally reopened to foreign tourists. I was keen to go and dive the USAT Liberty shipwreck again, Bali’s most famous dive site and one of the world’s most famous wreck dives.

Any worries that the wreck would have drastically changed during the two years that Indonesia’s borders were closed were soon forgotten. The wreck’s coral is ever more resplendent and the wreck’s structure itself hasn’t suffered any major collapses or changes. It still looks very much like the iconic shipwreck that’s made it famous to divers around the world. 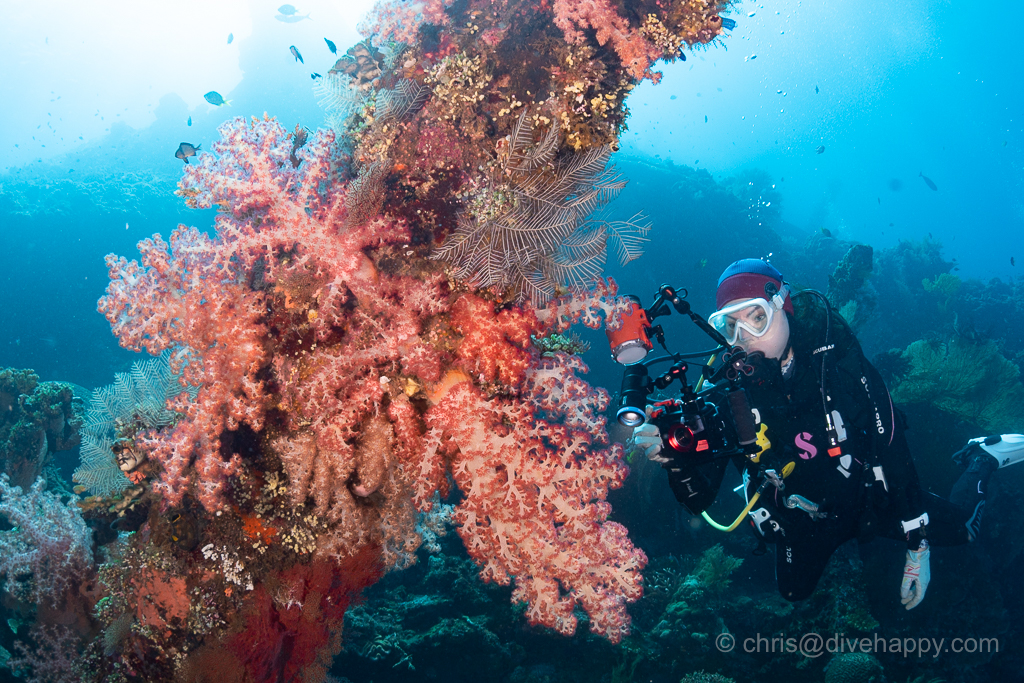 Why Is The Liberty Shipwreck So Famous?

Several reasons – one, it sits in shallow waters (7 metres dropping down to 35 metres at its deepest point), so it’s accessible to every diver, from complete beginner to seasoned veteran. It’s also visible to snorkelers and free divers too, as the waters of Tanjung Muntik bay where it sits in are usually very calm. So everyone who wants to can experience the wreck. 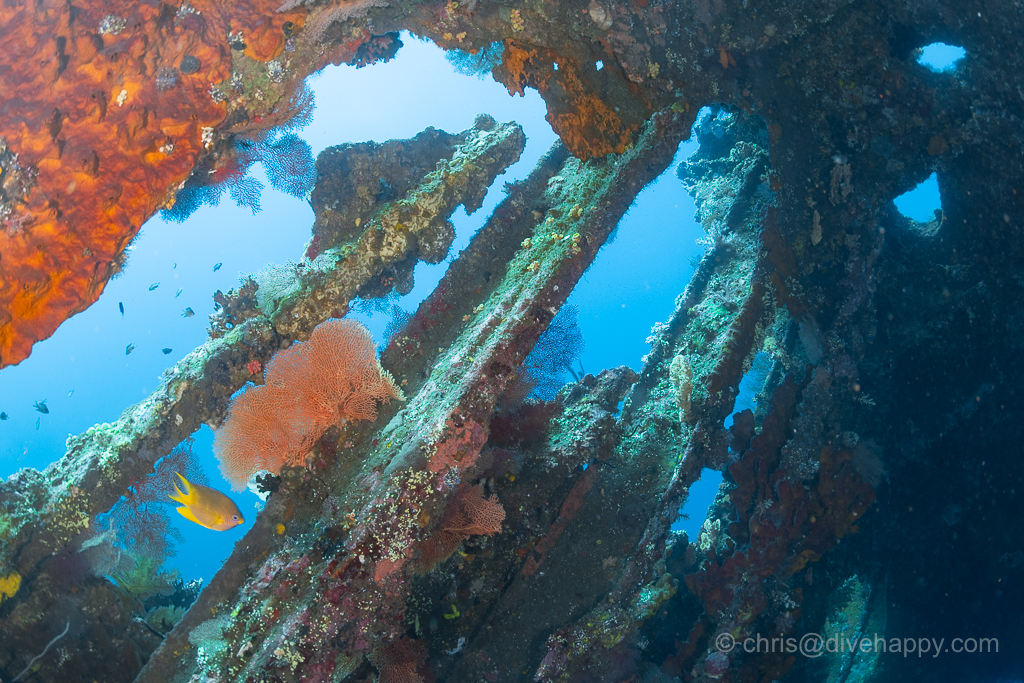 Looking out from the hold of USAT Liberty © chris@divehappy.com

Two, the USAT Liberty shipwreck looks like the shipwreck of your imagination. It’s not just a broken pile of steel but something that still tangibly looks like a ship. It lies on its side, and there’s a distinct curved shape to the now upended stern which is the shallowest part of the wreck. There’s boilers and hatches and valve wheels, all crusted with the coral of decades since she sank in dramatic circumstances in 1963. There’s fish darting in and out of the ruined superstructure, and there’s large cargo holds where the light streams in amongst the support pillars. 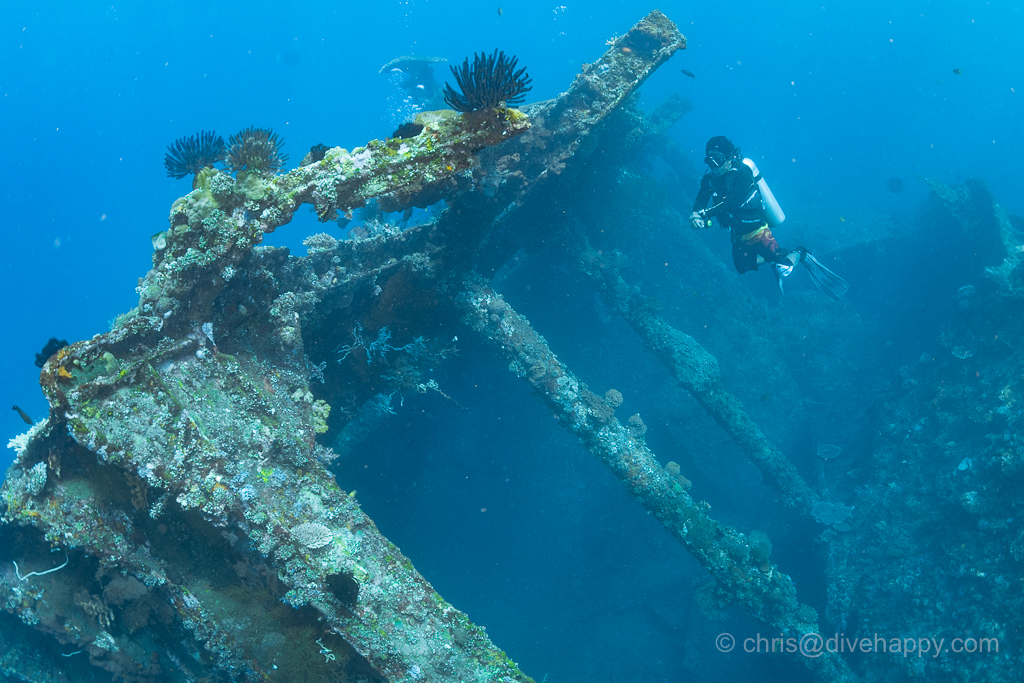 Above the hold of USAT Liberty shipwreck, Bali © chris@divehappy.com

Three, the Liberty has, like most shipwrecks, become a haven for marine life in the years since it sank. Besides the coral that grows on every surface of the wreck, including some beautiful red soft corals in places, there are scores of critters large and small that gather around the wreck. Humpback parrotfish and turtles are two of the most recognisable, along with pufferfish, sweetlips, lion fish, surgeonfish and zebra fish, and then mantis shrimp and nudibranchs in the nooks and crannies of the wreck itself. 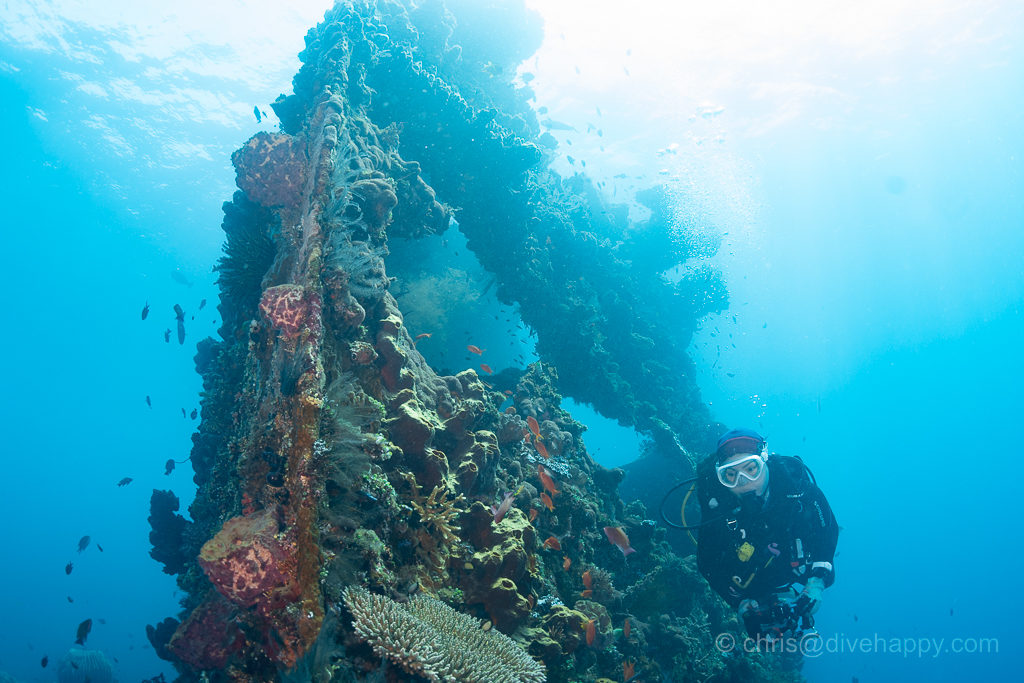 At the stern of the USAT Liberty shipwreck, Bali © chris@divehappy.com

How Did The Liberty Shipwreck Sink?

Originally a World War II transport ship for the US Army (hence USAT – United States Army Transport), the Liberty was torpedoed by a Japanese submarine on 11 January 1942 near the Lombok Strait. Still managing to stay afloat, the Liberty was towed by US and Dutch destroyers to Tulamben where she was beached so that her fixtures and fittings could be be removed. The Liberty remained on Tulamben beach until March 17 1963 when Mount Agung, Bali’s highest peak and a still active volcano, erupted. The tremors from the volcanic eruption were so strong that they sent the USAT Liberty back into the water, pushing her under the surface to where she rests today. 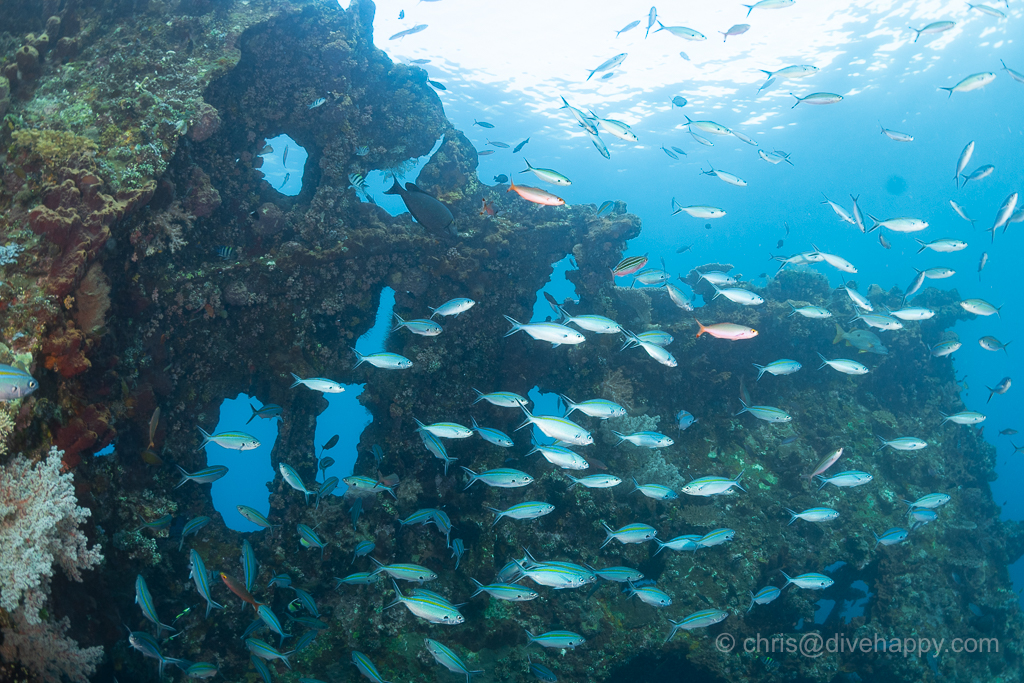 In the shallows of the stern, USAT Liberty shipwreck, Bali © chris@divehappy.com

As Wikipedia’s entry on Mount Agung states:
"The eruption of 1963 was one of the largest and most devastating eruptions in Indonesia’s history.

On February 18, 1963, local residents heard loud explosions and saw clouds rising from the crater of Mount Agung. On February 24, lava began flowing down the northern slope of the mountain, eventually traveling 7 km in the next 20 days. On March 17, the volcano erupted (VEI 5), sending debris 8 to 10 km into the air and generating massive pyroclastic flows.” 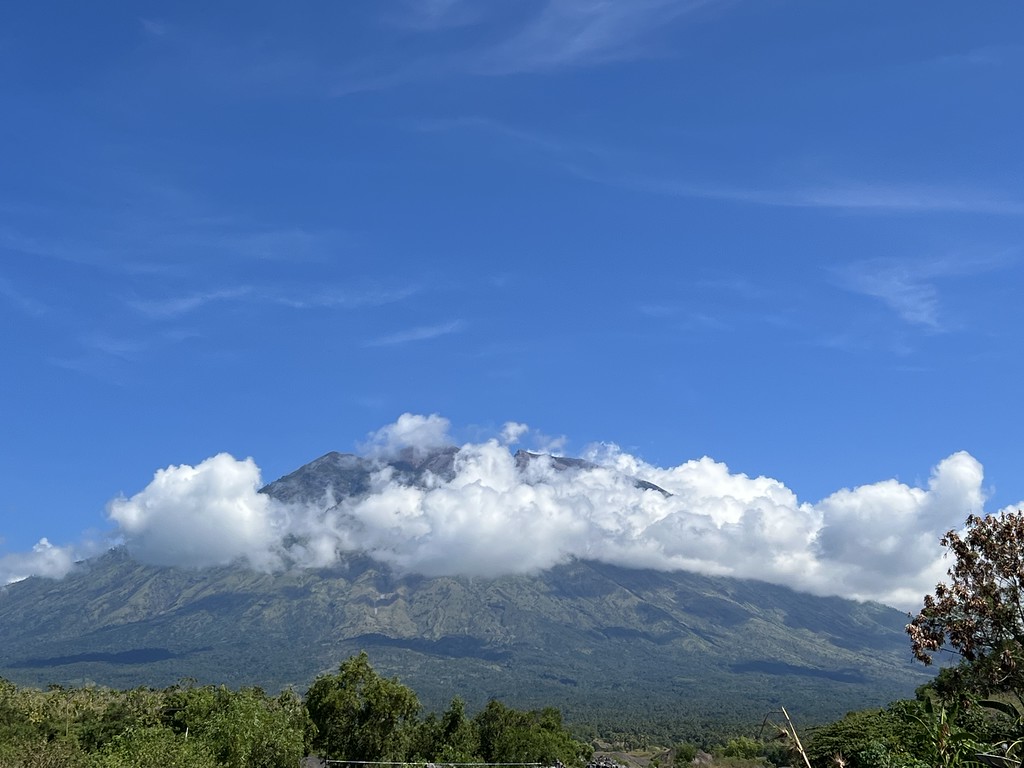 “These flows devastated numerous villages, killing an estimated 1,100–1,500 people. Cold lahars caused by heavy rainfall after the eruption killed an additional 200. A second eruption on May 16 led to pyroclastic flows that killed another 200 inhabitants. Minor eruptions and flows followed and lasted almost a year.

The lava flows missed, sometimes by mere yards, the Mother Temple of Besakih. The saving of the temple is regarded by Balinese as miraculous and a signal from the gods that they wished to demonstrate their power but not destroy the monument that the Balinese had erected." 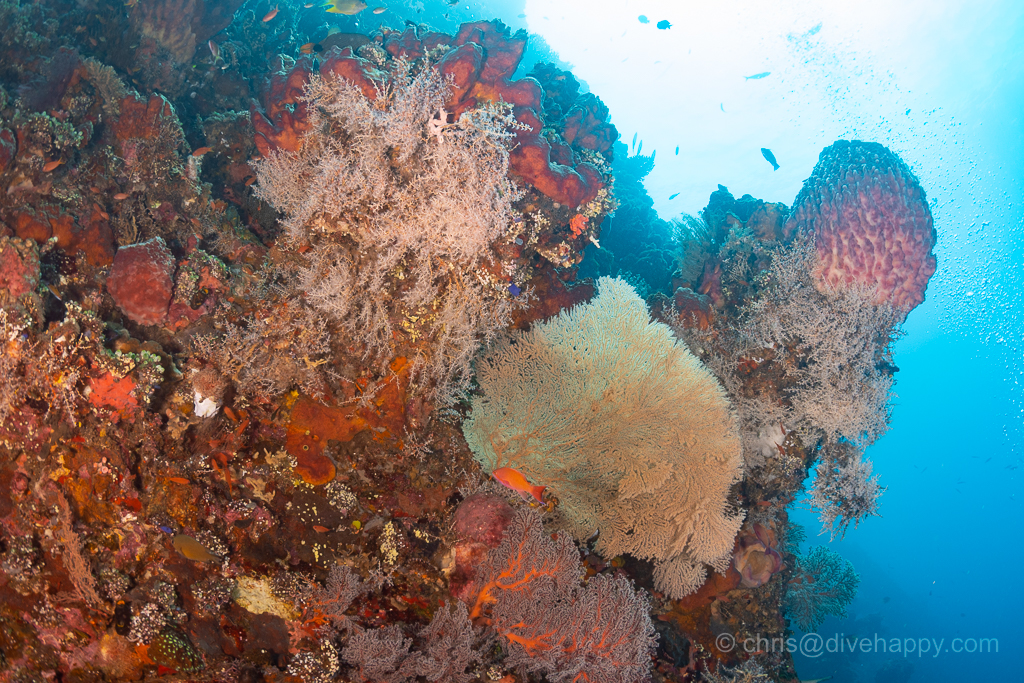 There are some excellent rendered maps of the Liberty shipwreck by Mike Van de Ven which provide a 3-D depiction of the wreck with each area labelled, at the Bali free diving site Apneista. There’s also a detailed history of the Liberty wreck before it was torpedoed. 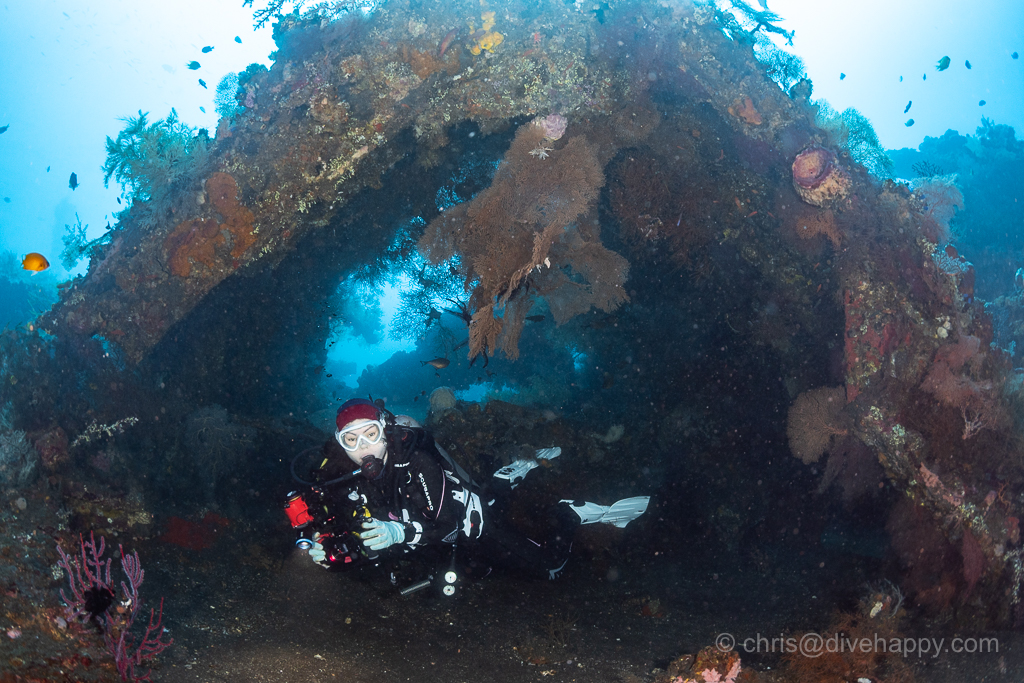 Diving Tulamben In 2022 – Who To Dive With, Where To Stay

Visitors to Tulamben today would see little evidence of the tragic events of 1963. The village itself is a collection of village stores, warung and dive shops – it’s not really changed since I first started visiting back in 2006. More and more dive resorts have sprung up outside Tulamben, usually focussing on more upmarket facilities. 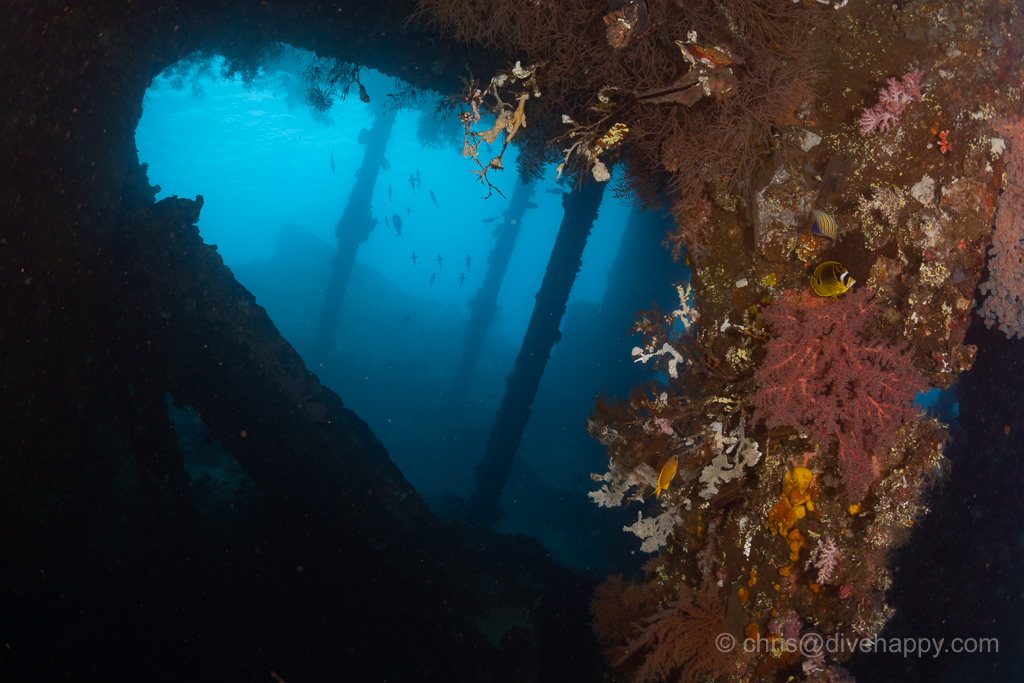 The window, in the holds of USAT Liberty shipwreck, Bali © chris@divehappy.com

Before the pandemic, it was very busy diving at the Liberty, as you’d expect. Even if you showed up at sunrise, there was little chance you’d have the wreck almost to yourself. With divers only now just beginning to return to Tulamben, there has never been a better time to see it and 2023 will probably be the same. 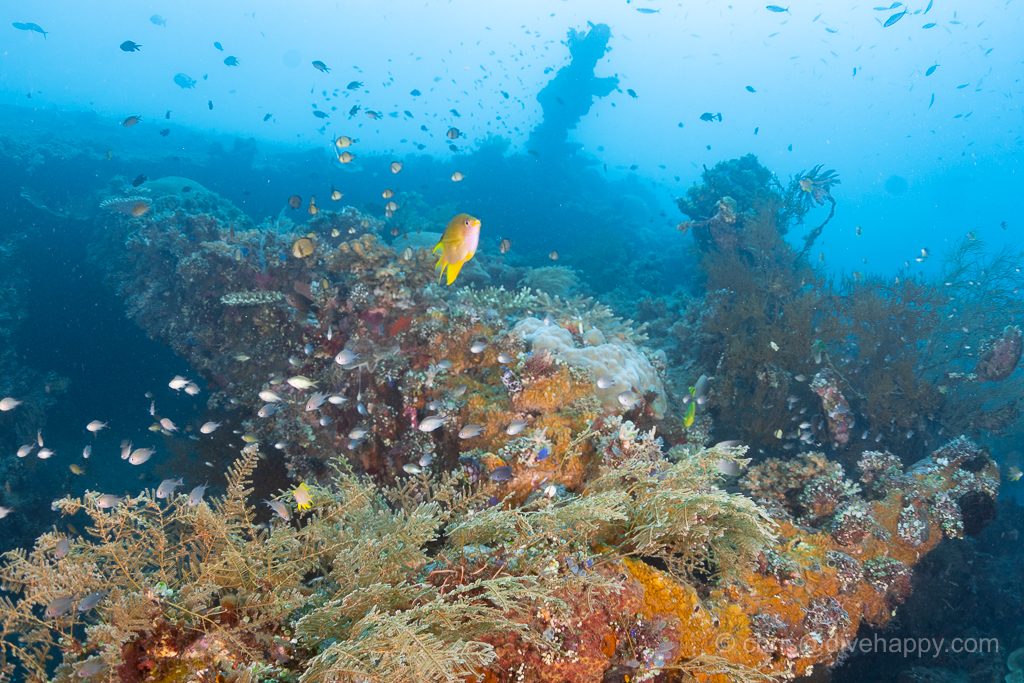 Indonesian liveaboards don’t really come to Tulamben. Virtually all diving is resort based, and you simply walk down to the rocky beach and into the water to dive the wreck or one of the many great Tulamben macro sites. Your guide will help you in and out of the water, especially if you’ve got a camera, as the pebbles and sand can be treacherous. The Tulamben locals will carry your gear to the point of entry – this is a non-negotiable, as it provides work and income for the villagers. 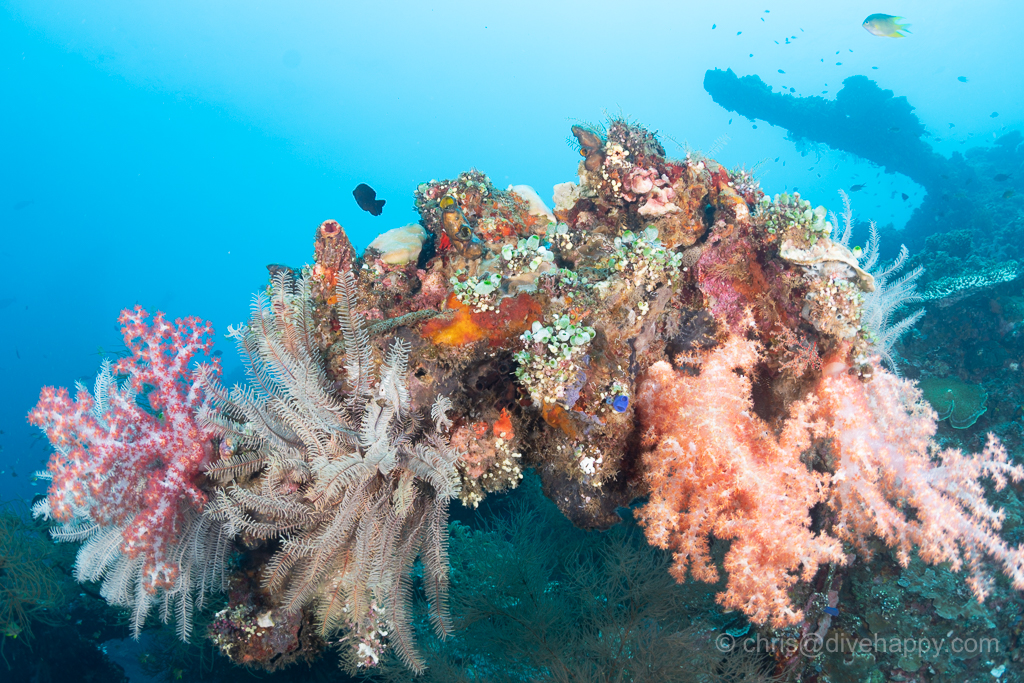 Soft corals on one of the Liberty shipwreck’s struts © chris@divehappy.com

Your Own Private Dive Guide

The last few times I’ve dived Tulamben I’ve hired Made Pesak who runs Oceanus Tulamben Dive to be my guide. He is fantastic. We would rent a villa in Kubu, a village a couple of kilometres from Tulamben up the coast and Made would sort us out with door-to-dive service. He would come pick us and our gear up in his flatbed truck, take us to whatever dive site we wanted (he has plenty of suggestions depending on what you want to see), provide the tanks and any gear needed, assemble everything once at the site, guide us in the water, and find us the all important cup of Balinese coffee during the surface interval. Then he’d drop us back home for lunch before doing it again in the afternoon.

It’s the definition of lazy diving and Made’s rates for taking care of everything are extremely reasonable. When we dived with Oceanus Tulamben Dive this last time, we dived with Ketut who was as helpful and as good a spotter as Made. This is also a way of spending money that goes directly to locals and their families. 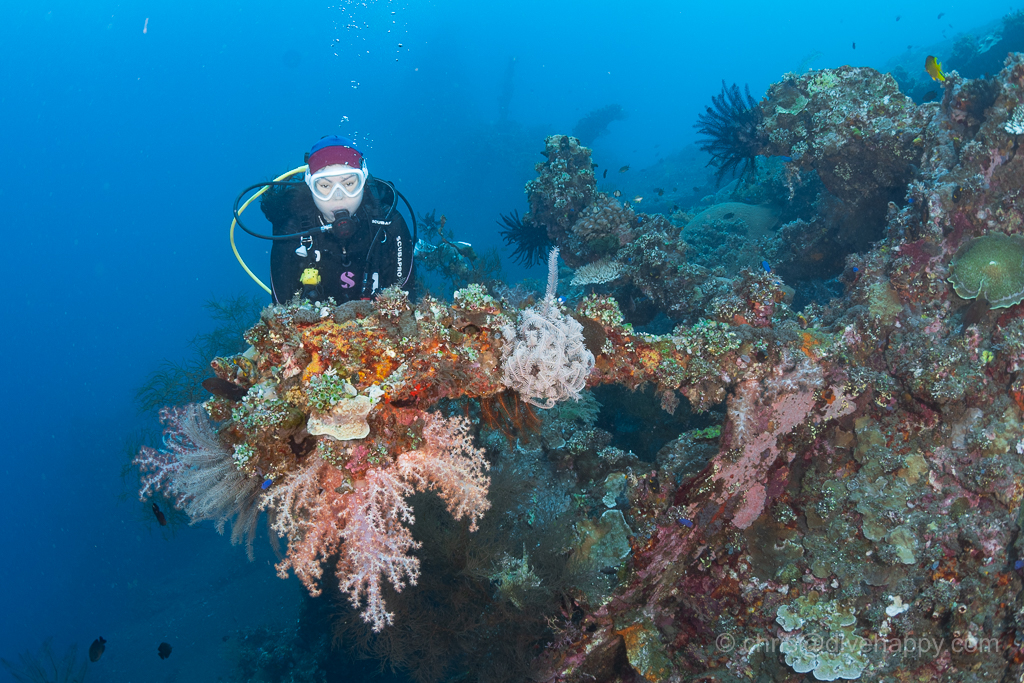 Staying In Kubu, Next Door to Tulamben

Kubu seems to have become the area where new development has happened due to the numbers of people coming to Tulamben pre-pandemic. It’s also on the shoreline and is a couple of kilometres along from Tulamben – about a 10 – 15 minute drive away.

We stayed at a friend’s villa which is located next door to Kubu Indah resort. We ate most nights in the resort at the beachfront restaurant.

I’ve also previously dived and stayed at Tulamben Wreck Divers which is right in the village, a 5 minute walk from the wreck; Villa Alba Resort, a dedicated dive resort a couple of kilometres outside Tulamben – both were great when I was there.

You can view all Tulamben and Kubu accommodation choices to check prices and availability. 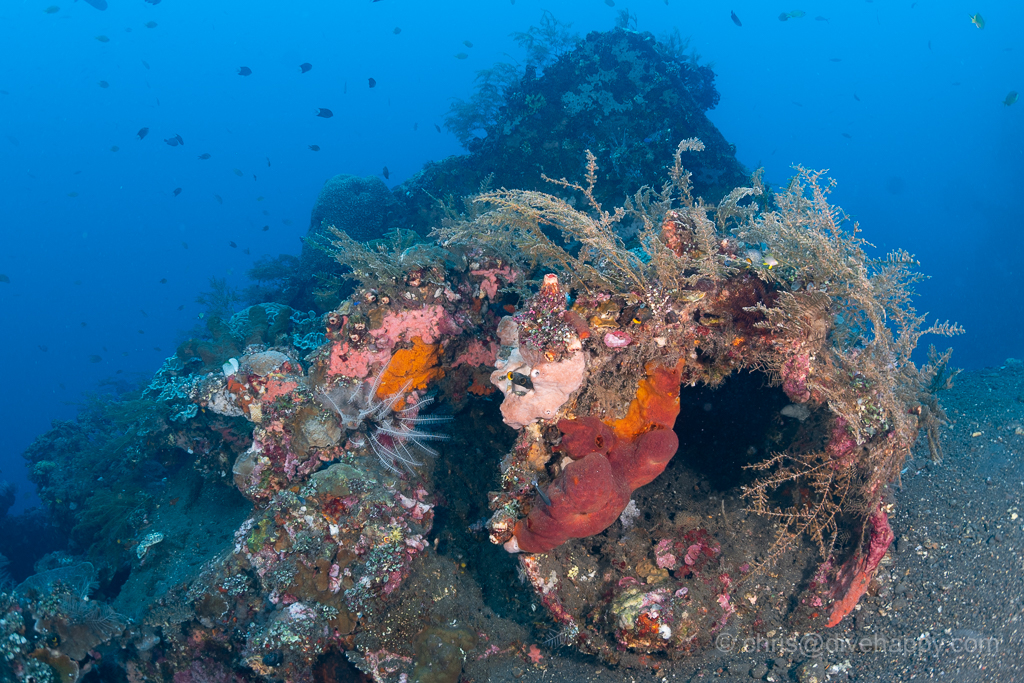 Getting from Bali Airport To Tulamben

Bali Airport (officially known as Ngurah Rai International Airport) is in the central south of Bali. Tulamben is on the north east coast. It’s about a three hour drive from Bali Airport to Tulamben. You can book a taxi transfer online, or request your accommodation to send a pickup. You can also check prices and timing of flights to Bali on Skyscanner.

The drive from Bali airport to Tulamben is around three hours. A good break point is Candi Dasa which has Vincent’s restaurant, or a small detour will get you to the panoramic views of Bali Asli. 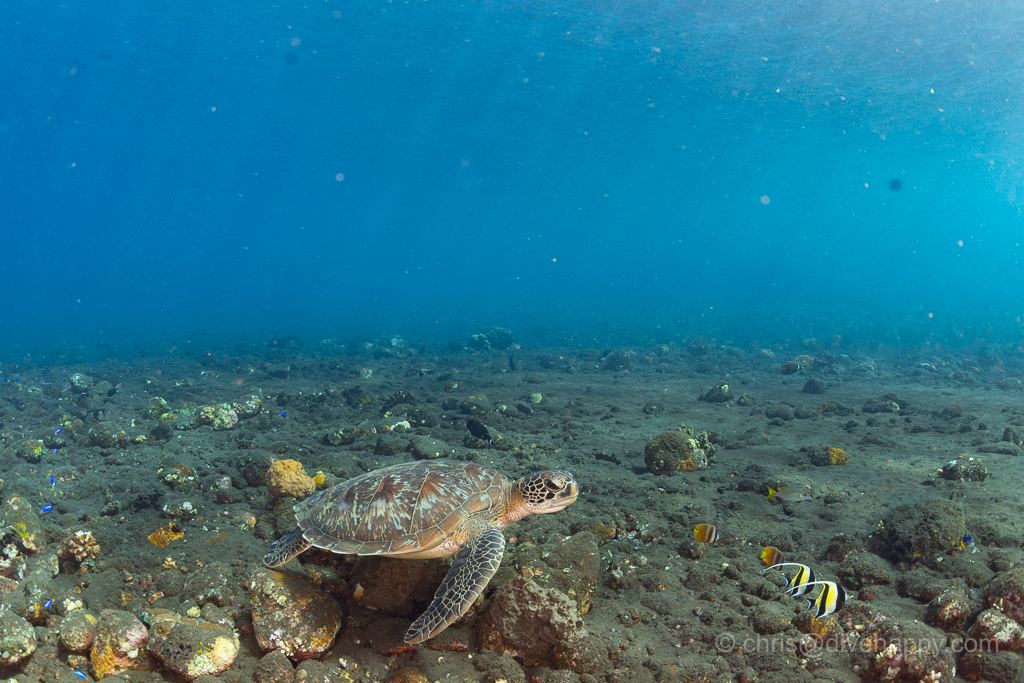 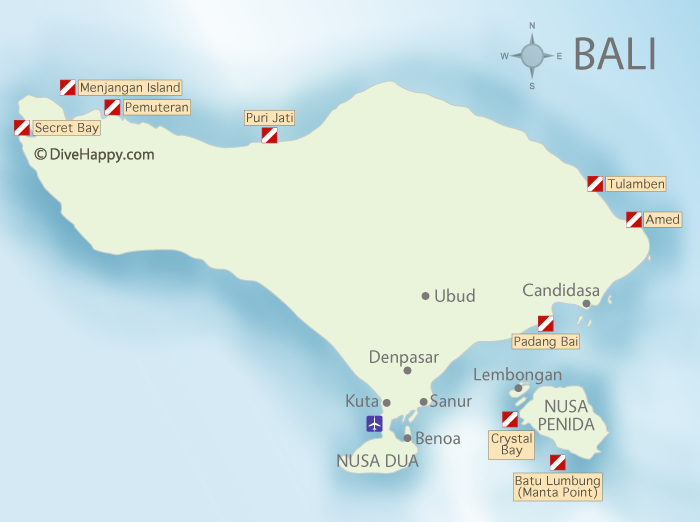 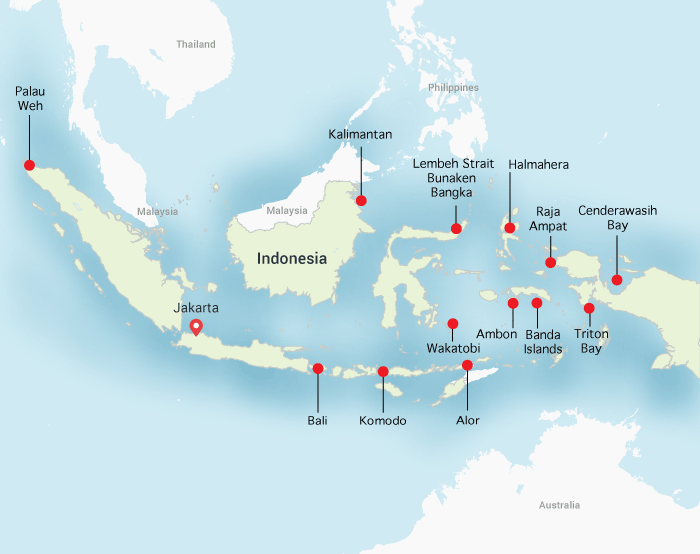